Web attacks are often a first phase of an attack against internet-facing Linux servers. However, these days unless a system is very badly configured, internet-facing services are usually run with a service account that has very limited rights, such as "apache".

This has a huge security benefit as part of a defense-in-depth policy. Having this limited service account means that, even if vulnerabilities are found in the website, attackers can be prevented from escalating privileges and gaining complete control of the system.

If you are currently running internet-facing services as root you should REALLY look at this issue and do something about it, because in this situation a single common website vulnerability could lead an attacker quickly to full system compromise. Game over.

Having said this, let's look at some of the other components for defense-in-depth of web-servers.

This information is intended for educational purposes. It is important to understand these issues if you design or maintain systems, but please only test in your own test environment.

Let's work with an example

Say a company is running a web-server that contains website vulnerabilities that they are unaware of.

However, on the plus side, say their web-server is running as "apache", and their platform is the latest RedHat Linux 5.6 (with up-to-date patches)

If an attacker could use the website vulnerabilities to introduce server-side code, they may aim to get a reverse-shell with some PHP code like this example:

The attacker would get a reverse shell, as apache, which they would then need to find a way to escalate (either by a kernel exploit, or some other local privilege escalation exploit).

This may take them some time, and they may be detected whilst they try to do this.

(It's a maybe, but if the manage it they can then cover their tracks.)


A more secure platform - with SELinux

OK, so lets say that the web-server is running as "apache", the system is RedHat Linux 5.6 (with up-to-date patches), and SELinux is enabled, with the default security configurations.

SELinux can prevent running of files and services. This can be pretty confusing for an attacker who is not familiar with SELinux because although they may get some limited control, most of their commands will fail for no apparent reason.

This can stop the previous netcat shell example from working, because netcat is trying to make an outbound connection to the attacker as "apache".

To work around this above shell issue an attacker can use a netcat-less shell technique, to get a command shell. (again, this is PHP)

Also, in my tests I could use gcc to compile source code for exploits on the system. For example: 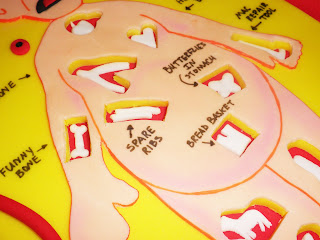 Attacking via the database

Alternatively, running in the context of the web-server it is always possible to view other sensitive information, such as server-side code (PHP for example) and steal login details for the database.

Just a quick post on a couple of great videos I found.

If you are interested in using python for exploit-development of network services this may be helpful.

This is the start of what looks like a great series of videos from Rene Schallner and Patrick Schallner, on Python skills for hacking.

It looks like they will be covering useful techniques in a good deal of depth (good for me anyway) and think they will be releasing more videos over the next few weeks on securitytube.net

This video covers the basics of running scapy, and basic python scripts to emulate a server and client.

After the basics in video one, this second video gets much more in-depth; implementing multi-threaded clients and servers, and using scapy to capture, edit and replay packets to replicate malicious traffic.

It looks like there will be several more of these videos to come.
(Keep up the good work Rene and Patrick. Your videos are great so far!)

Additionally, there is a great set of online documentation of scapy at the following location:
http://www.secdev.org/projects/scapy/doc/index.html
Posted by Ben at 17:51 5 comments: