I'm writing this on my "Mac Nano" i.e. a Dell Mini 10v Hackintosh, that I built a couple of weeks ago. 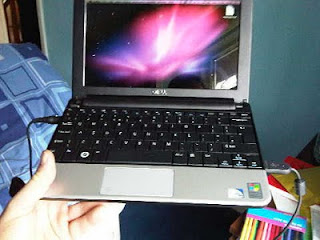 It's really cool. I've never owned a Mac, but I find them too expensive for what they are, and a little too big for sitting on your lap, or in bed with.
I've tried Windows 7, various Linux distros, and yes Mac OSX Snow leopard is somewhere between the two - with a bit more polish than either (and is basically linux, so you get a bash shell, programming tools, and all that great stuff)
I bought the Mini 10 on ebay for around £180, and yes, I did buy OSX (family pack)
I admit it, I like the "hack" part of the hackintosh the most, but it is nice to use OSX, and the Mini 10v works great with it. Also, it is a great way to learn OSX without shelling out £900.

I customised my Dell Mini 10. I would definitely recommend the Dell Mini 10 memory upgrade (which is a hack in itself, and not for the faint-hearted, due to the deliberate "upgradeability throttling" of some of these netbooks) Also, I designed and ordered a custom decal, which has given it an extra something that I think is well worth the £20. 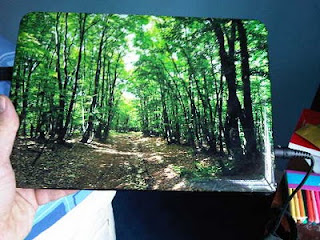 My recipe:
Total = £365 ish
Top tip: You can build this Hackintosh without a Mac, just put the iATKOS on first, then build the flash drive from there, and reinstall from that.
Posted by Ben at 23:10 3 comments: